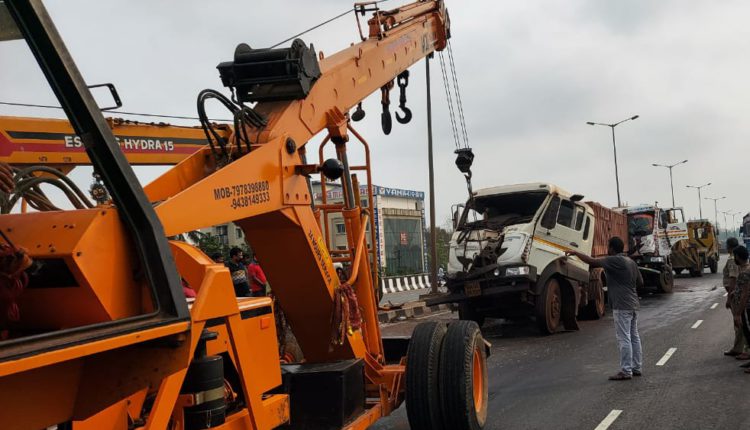 Bhubaneswar: An accident has occurred on CRPF overbridge in Bhubaneswar, the capital city of Odisha on Thursday during which three trucks have crashed against one another .

According to reports, a goods-laden truck hit an iron-laden truck from behind then another truck crashed against the 2 .

All the three trucks crashed back to back.

Onlookers say that the primary truck bogged down all of a sudden then the subsequent trucks were at a high speed hence they dashed against one another .

The driver of the primary truck has escaped from the scene. Reportedly, one person is critical and two others are injured.

It is noteworthy that the overbridge has been sealed keeping the security of individuals in mind.