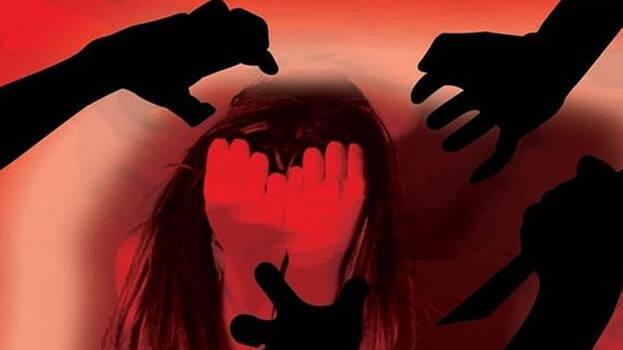 13 Oct
Father, leaders of a political party accused of raping a minor in UP

Lalitpur (Uttar Pradesh): In a shocking incident, a 17-year-old girl has accused 28 persons, including her father and leaders of Samajwadi Party and Bahujan Samaj Party of raping her over the past few years.

Based on her complaint, the Lalitpur police on Tuesday filed an FIR in this regard.

They have been booked under sections 354 (outraging modesty), 376-D (rape), 323 (voluntarily causing hurt), 506 (criminal intimidation), and other sections of the IPC and Section 5/6 of POCSO Act.

In her complaint, the girl has alleged that when she was in Class 6, her father tried to lure her into a physical relationship by showing her obscene films but she did not oblige. Later, her father bought her new clothes and took her for a ride on a motorbike on the pretext of teaching her how to drive. He took her to a desolated farm and raped her while warning her to keep quiet or he would kill her mother.

A few days later, he took her to a hotel on the way back from her school and gave her snacks laced with sedatives.

He handed her over to a woman, who made her sit alone inside a room and after sometime, a man entered the room while she fell unconscious. When she regained consciousness, her clothes and shoes were not in the proper place and she was having a severe stomach ache.

Later, this continued and each time, a new man raped her in hotel rooms. All along she was threatened with dire consequences.

She further said in her complaint that Tilak Yadav also raped her and said that it was her father who had brought her to him. He told her that her mother would also come to him.

The girl has further alleged that when she had visited her maternal uncle’s house, she was raped by four of her uncles along with cousins. She claimed that her grandmother tried to hush up the incident.

SP Lalitpur, Nikhil Pathak, said, “It is a very sensitive case and we are taking it seriously. The medical examination of the victim has been done and her statement has also been recorded under section 161. She will record her statement in front of a magistrate under section 164 soon after which further action will be taken. We are interrogating the father of the victim. He is a truck operator.”

Meanwhile SP district president Tilak Yadav has issued a statement on social media, claiming that he and his brothers were being falsely implicated in the case.