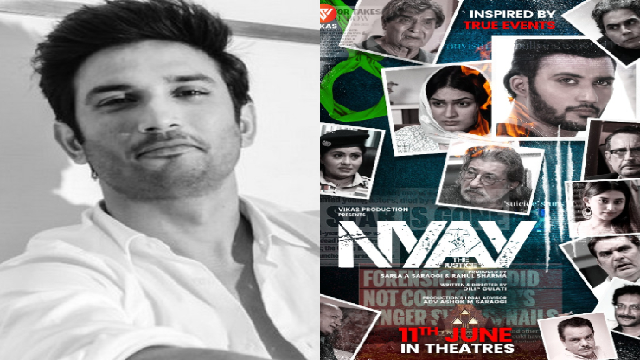 New Delhi: The Delhi High Court on Thursday has refused to stay the release of the movie ‘Nyaay: The Justice’ which is allegedly based on the late actor Sushant Singh Rajput’s real life. The movie has been slated to release tomorrow ( June 11).

Reportedly, the petition had been filed the late actor’s father, Krishna Kishore Singh, in the month of April. he had claimed that the movie had been shot without the family’s consent.

A single bench of Justice Sanjeev Narula passed the order. On Wednesday, it was told that “Nyaay: The Justice” does not depict Sushant’s real life, name, or likeness as it is not a biopic on him. The submission was made by the producers and director of the film.

However, the Delhi High Court has directed the producers to maintain an honest account of the revenue earned from the film, through the sale of rights, etc.